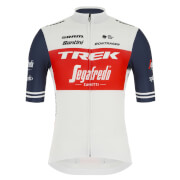 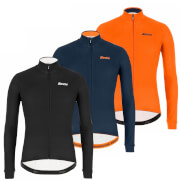 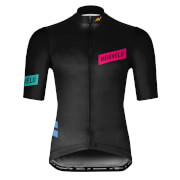 *Length of inseam measured on an unworn garment.

Size Charts are intended to be guidelines only. Fit may be dependent on your preference, body type and structure.

L’Arte di Perdere - The Art of Losing; the design behind the 2019 edition of the Santini MAGLIA NERA all started from this one phrase, neatly summing up the legend linked to this very special jersey. The design incorporates two specific graphic elements, the stylized background image, adapted from a photo of the Passo del Gavia, the Cima Coppi of this year’s Giro d’Italia and the geometric text pattern repeating the word NERA. Additionally the small white star on the left sleeve of the jersey is linked to the figure whom the original concept of the Maglia Nera was based, Giovanni Ticcozzelli. The star is taken from the crest of the professional football team Casale, who he played with through the 1920’s. During his ill fated and only attempt at competing at the Giro in 1926, Tico wore his teams football jersey instead of a cycling jersey, all black with the white star.

The 2019 version of the jersey is incredibly lightweight and breathable, perfect for your longest summer rides. Characterized by an aero fit which will give you always the best performance, the jersey is finished with a stylish full reverse pink zipper, raw cut sleeves and triple back pocket to carry with you what you need.

Please check the stock availability notice on your item when placing your order. This item is: