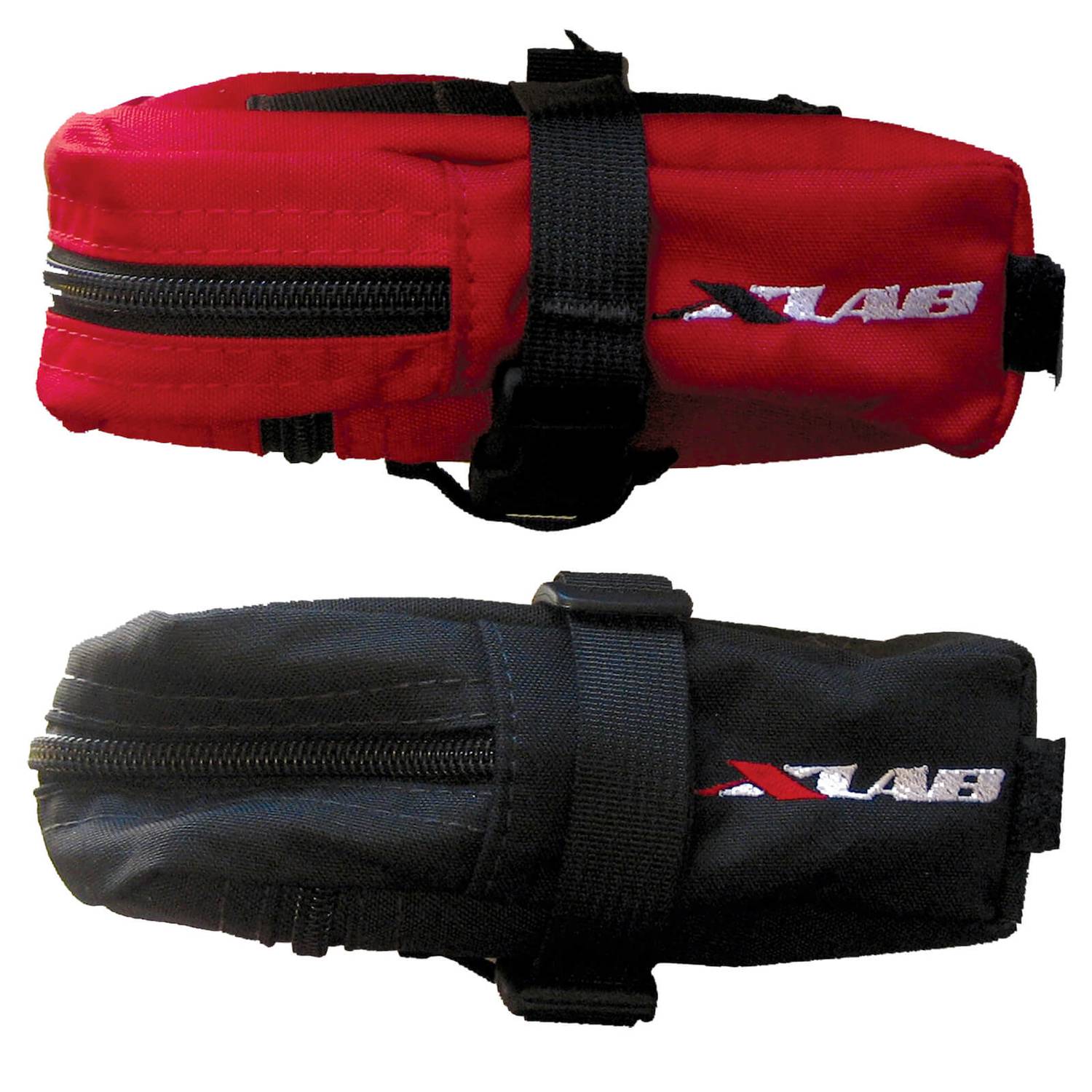 Great for carrying your spares. Have you been using electrical tape for holding your spare tyre or tubes? Problem solved. This tough bag can store a 700c x 22mm tubular, or a couple of tubes.

Perfect bag to install under the Xlab wing.

The XLab tyre kit bag is just right and fits well under the seat saddle either strapped to the seat rails or to an XLab rear bottle cage holder. It accomodates 2 tubes, small multi-tool and 3 small tyre levers.