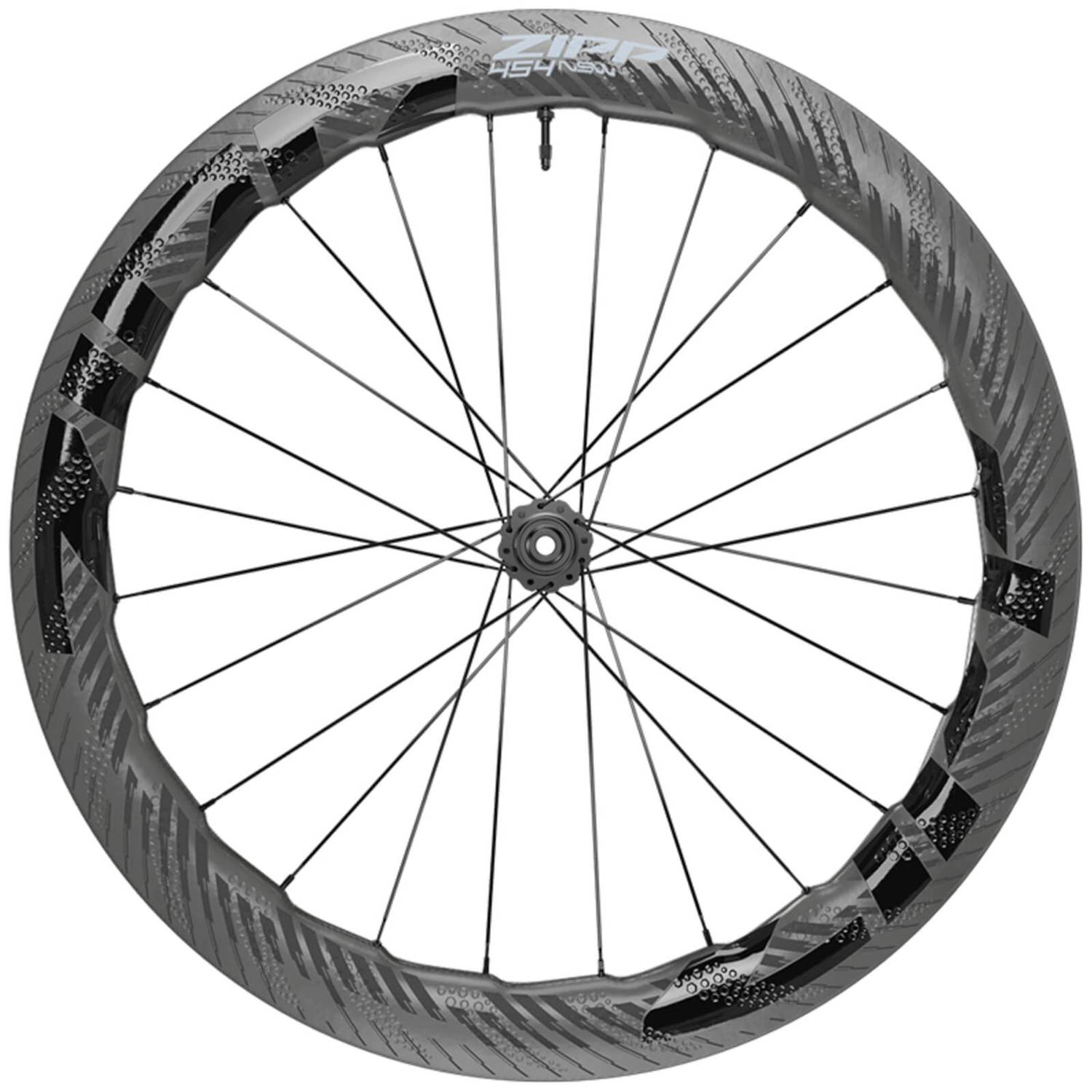 In stock - Usually dispatched within 24 hours

It’s aerodynamically efficient and stable in all wind conditions. What’s more, a wider rim is designed for tubeless tires at lower pressure for reduced rolling resistance and vibration damping, so you’ll lose as little energy as possible out on the road. This wheel is optimized for 25mm tubeless tires for all out speed.

The 454 NSW features Zipp’s most advanced technologies. Its undulating 58mm Sawtooth rim shape with Hyperfoils is our most aerodynamic and stable wheel in the 404 family. The 454 NSW Tubeless Disc- brake wheelset is roughly a pound (more than 400 grams) lighter than its predecessor!

Zipp’s use of hookless (straight side) rims in the 454 NSW is integral to Making You Faster. With hookless, the transition between the tire and the rim is more seamless and aero. Zipp’s hookless rims have more efficient resin distribution, which means lighter, stronger wheels.

At the center of the 454 NSW is the Cognition V2 Hubset re-engineered with an updated Axial Clutch V2 mechanism for quicker engagement, lower friction, and improved durability.

*Lightest configuration: 12mm through axles and XDR body. No tape or valve included in weight