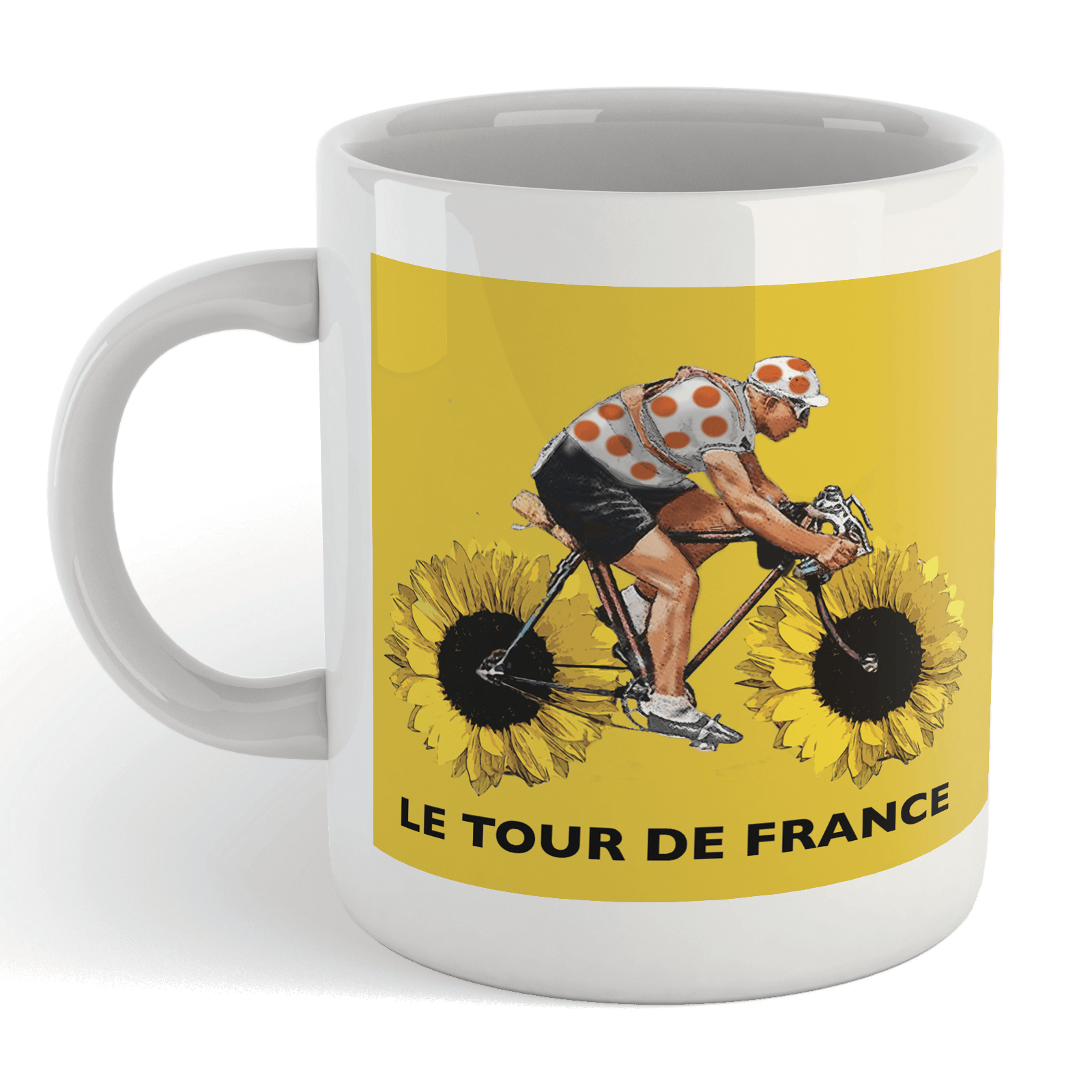 Mark Fairhurst is a world-famous cycling artist who has built a near-fanatical following for his work, inspired by the likes of Pierre-Felix Masseau, Cassandre, and the monumental effect of the Art Deco period. Avidly following the Tour de France, his style captures the joy and freedom of cyclists - even amongst the most competitive of racers. He has illustrated the best selling book, "P is for Peloton", now in three languages, Tour de France champion Chris Froome's autobiography, "The Climb", and has had his work used by Eurosport and Sky TV.

This ceramic mug has a capacity of 315ml / 10oz and is dishwasher and microwave safe. Presented in a secure box, this mug is a great gift idea.