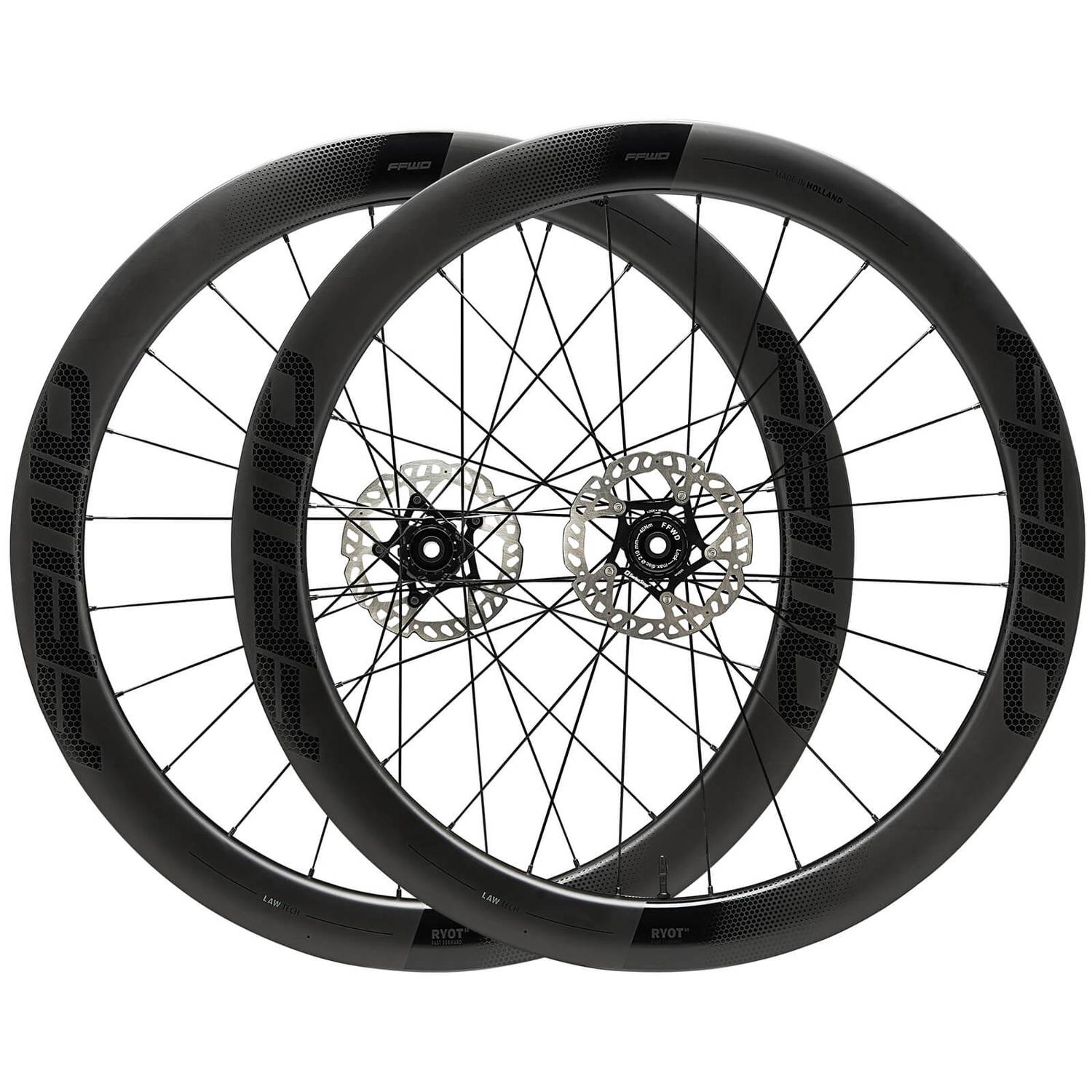 Setting the goal to bring the fastest wheel out there we developed a new rim profile called LAW Tech. LAW is short for ‘Laminar Airflow Wing’ and has been specially developed to deliver better aerodynamics when using wider tires by creating a smooth airflow.

The first results were shown in previous launched RYOT44 model already which is aimed at an all-round performance and utility.

We’re now introducing the fastest road wheel out there, the RYOT55! It outperforms its competitors in real world conditions proven in wind tunnel tests. With the LAW tech rim profile the RYOT55 brings an aerodynamic advantage of 5 watts from 25mm tire widths as where its predecessor, the F6 with DARC technology, was best suitable with 23mm tires.

Compared to most common competitors around RYOT55 the wind tunnel tests showed an average advantage between 1,5 and 2,7 watts. RYOT55 sets the standard in aerodynamic road wheels.

Taking the RYOT55 out on the road these watt savings translate into the same result while you save some energy, or you can go faster when putting in the same energy as before. This will make the difference when you’re in the final of a race or need to outsprint your cycling buddies at the coffee stop!

Being competitive in aerodynamics is one thing, weight is also very important. With 1620 grams for the RYOT55 we build a set which is there to last and offers an outstanding performance in stiffness due to the partial use of DT AeroComp spokes. The 21mm internal rim width will result in an effective tire width of 28,2mm when using 25mm tires.

The RYOT55 is also build around the new DT Swiss 240 hubs which have an improved EXP ratchet system. The hub internals now offer an even higher precision with fast engagement and increased stiffness combined with a lower weight. This helps to bring the performance of the wheel to an even higher level.

Build for you with the most precision and same amount of attention we spend on all wheels at our facility in The Netherlands. The wheels are shipped as a complete package with accessories in a nice protective wheel bag.